Music for the Counter Plan!

Der Bunglehoff presents a timely reminder of the vital and enlivening traditions of Russia and the Ukraine! 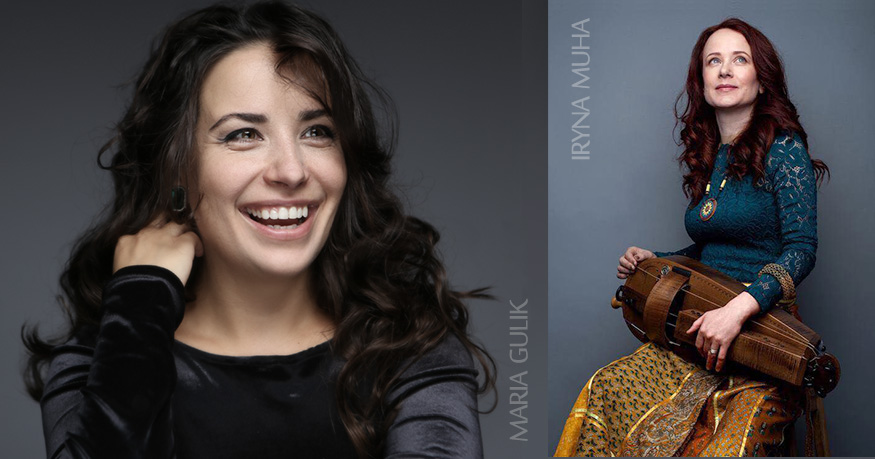 Russian mezzo-soprano MARIA GULIK having just performed as ‘Azucena’ this summer in Verdi’s ‘Il Trovatore’ in Alden Biesen, Belgium and Ukrainian folk singer/songwriter IRYNA MUHA in collaboration for the first time present an evening of Russian and Ukrainian music and stories.

Maria was born in the Russian province of Kargopol in Arkhangelsk region and studied in Moscow at the Academy of Arts and Theatre with soprano Larisa Rudakova. In 2007 she joined the renowned Acting Laboratory of Dmitriy Krymov with which she performed and toured extensively. She was Titania in ‘Midsummer Night’s Dream. As You Like It’ presented jointly by the Royal Shakespeare Company and the International Chekhov Festival, touring to prestigious venues in Stratford-upon-Avon and the Edinburgh International Festival.

She also played the role of The Singer in the production ‘In Paris’ devised by the Krymov Laboratory and the Mikhail Baryshnikov Arts Centre which premiered in the US with Baryshnikov in the lead. Performances included Lincoln Center, The Broad Stage in Santa Monica and the Berkeley Repertory Theatre in California, before touring to Paris, Tel Aviv, Spoleto Festival, Helsinki and Groningen.

2014 saw her as a soloist at the Vishnevskaya Opera Centre with roles including Olga/’Eugene Onegin’, Maddalena/’Rigoletto’ and the title role of Carmen. She took part in masterclasses with Mirella Freni and made her debut at the Novosibirsk Opera Theatre as Venus in Wagner’s ‘Tannhäuser’. She repeated this last year when also singing Lyubasha/’The Tsar’s Bride’ in Moscow. Last year she was also invited to study at the Wales International Academy of Voice by Dennis O’Neill and graduates from there this year, having taken part in masterclasses with Dame Kiri Te Kanawa and Richard Bonynge.

On the concert stage she has sung Wagner’s ‘Wesendonck Lieder’ and Mussorgsky’s ‘Songs and Dances of Death’ in Russia and at the Festival de Musique de Wissembourg in France where she also gave the world premiere of ‘Five Songs based on poetry of Lesya Ukrainka’. In May 2016  Maria sang her debut in Verdi’s Requiem at the Royal Festival Hall in London before summer engagements Zita /’Gianni Schicchi’ at Les Azuriales Opera. That summer Maria also won special prize from the Talent Unlimited on the Musical Odyssey’s in Greece.

In july 2017 Maria has sang her debut  in opera by Verdi ‘Un Ballo in Maschera’ in  West Green Garden Opera, where Maria sings Ulrica.

In May 2018 she debuted for the first time in Europe as ‘Azucena’ in Verdi’s ‘Il Trovatore’ in Alden Biesen, Belgium.

Iryna is a singer and a songwriter, performer of folklore and her own material influenced by Eastern European tradition. Her songs, accompanied by guitar and hurdy gurdy tell timeless stories of the old and new Ukraine and often from a female perspective. Her traditional vocal style is evocative of her country’s vast, natural landscape. Growing up in Soviet Ukraine, her early music influences were her father’s accordion playing and her mother’s singing at home. At family gatherings she loved to hear a cappella harmonic singing of Ukrainain and Russian popular folk songs sang around the table. By the age of seven she knew many songs from family’s big record collection, danced to Vivaldi and meditated with her mother listening to Bach. As a teenager she learned to play the guitar and sang covers of Victor Tsoj, Vladimir Vysotskij, Janna Aguzarova. When she migrated to USA, and later to the UK in 2003, she developed a keen interest in her authentic roots and started to explore Slavic folklore. Today she performs solo, with her band MUHA and other collaborations.

You will be taken to this concert's 'EventBrite' page where you can purchase a ticket using your credit card. 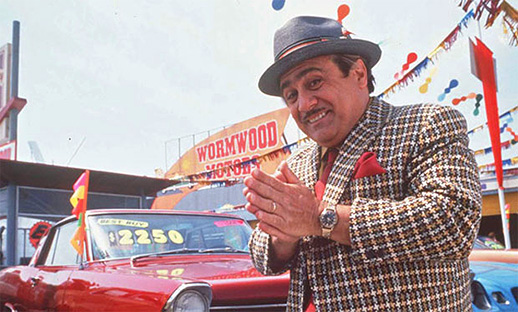 All the money goes to the professional artists and performers and you get a free drink on entry and food served during the evening.

In an era where £20 can just about get you two large glasses of house wine and a bag of posh cheesy crisps in your average high street pub a couple of tickets at this price constitutes both value and peace of mind..

So, whaddya waiting for?